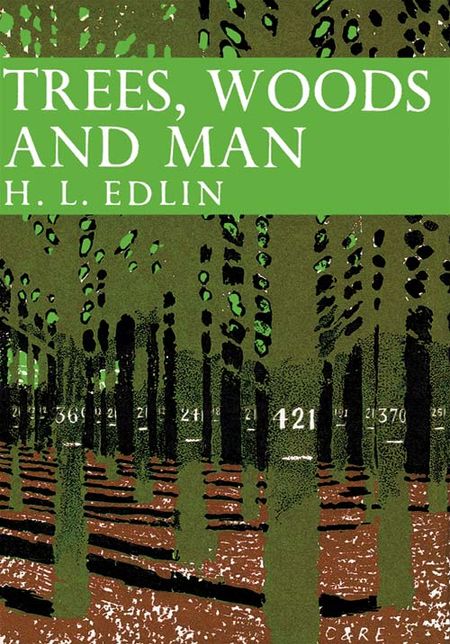 A fascinating description of the changing fortunes of our forests, marked by an attempt to look at woodlands from the special point of view of the men of each succeeding age. This edition is exclusive to newnaturalists.com

Ever since the first New Naturalist book was published the Editors have planned to devote a volume to British trees and woodlands. Mr. Edlin’s book at last fills this gap in the series, and fills it with charm and authority. Every page bears witness to first-hand experience of what he is describing.

After training at Edinburgh and Oxford, followed by a period as a rubber-planter in Malaya, Mr. Edlin had charge of felling and replanting in the New Forest – work which has given him an exceptional insight not only into the reasons for the disappearance in the past of so much of our natural woodlands, but also into the re-establishment of forests by modern methods. Since the war, Mr. Edlin has been engaged in editing technical publications for the Forestry Commission, and, naturally, he deals with recent controversies over the planting policy of the Commission. But Mr. Edlin’s book is by no means confined to problems of afforestation and the supply of timber. He deals in detail with all our important trees and shrubs, both native and introduced, against the background of their natural environment; and also has much to say about their uses and about the woodland crafts – many of them dying out – that have been handed down from the past.

A particular feature of this book is Mr Edlin’s fine account of the past history of British Woodlands, from the close of the Ice Age to the present day. His fascinating description of the changing fortunes of our forests is marked by an attempt to look at woodlands from the special point of view of the men of each succeeding age, as influenced by their ‘social’ environment and available equipment. He points out, for example, that the early settlers cleared the best forests first because a savage with a stone axe realised that this was the quickest method of getting fertile land for growing crops.