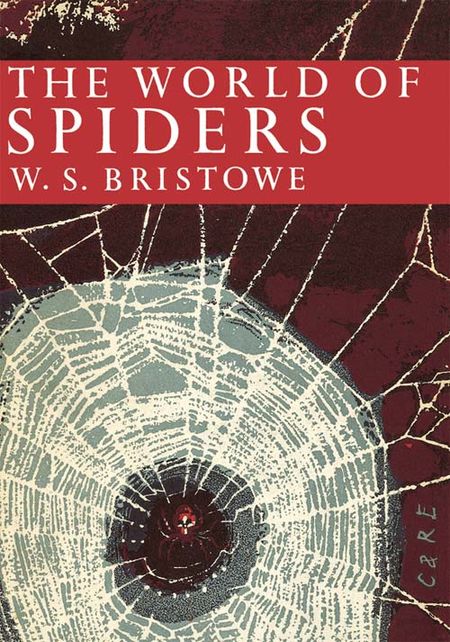 Spiders have made a real success of life on dry land, and the influence of their numbers on the evolution of insects is vividly described. This edition is exclusive to newnaturalists.com

There have been a number of books on spiders, but the Editors consider that in this book they are offering something new and outstandingly important.

Mr. Bristowe is one of the many distinguished amateurs who have contributed so much to our natural history; he has indeed done more than any other person to put spiders on the map by watching and experimenting with them – in fact by exploring the world in which they live.

He writes brilliantly, fluently and with an enthusiasm that is soon passed on to the reader. From the first chapter, dealing with spiders in literature and superstition, to the last, on collecting spiders, he blends wisdom with wit. Whilst disclosing the marvels of spider life, he adopts an evolutionary approach which takes him back to early beginnings in the Devonian epoch in his search for explanations of their present structure and habits. Spiders have made a real success of life on dry land, and the influence of their numbers on the evolution of insects is vividly described. We are introduced to each Family in turn, and are shown what they look like, their amazing ingenuity in catching their prey, their unique courtship and many other characteristics. His descriptions are illustrated by 232 drawings both in line and wash by Arthur Smith, and these must rank in beauty and accuracy with any which have been published hitherto.