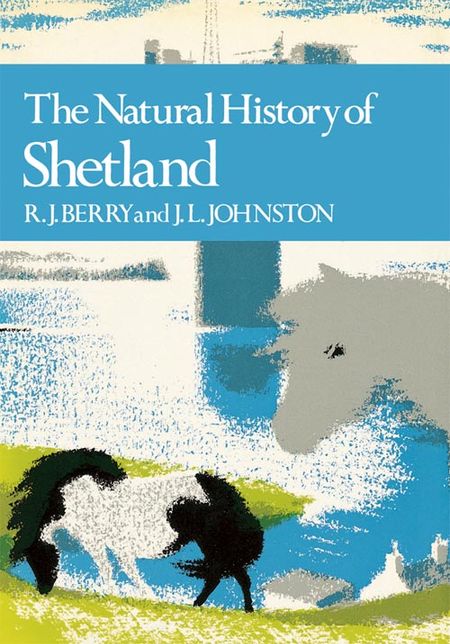 The first comprehensive account of the Islands’ plants and animals. This edition is exclusive to newnaturalists.com

The Shetland Islands are the northernmost part of the British Isles, lying midway between Norway and Scotland, near the edge of the Continental Shelf. Their isolation and mixture of oceanic and Arctic ecologies have given rise to unique plant associations as well as forms of animal and plant species unknown on the British mainland. The archipelago is a Mecca for naturalists – especially birdwatchers attracted to the internationally famous rare migrants on the Fair Isle – but this book is also for anyone who, loving the wild and having an interest in natural history, visits these remote islands.

The Natural History of Shetland includes chapters on geological history, human history, vegetation, the sea and its creatures, freshwater life, land animals and birds, supplemented by checklists on the better-recorded groups of species. It should be invaluable to all those concerned with the impact of North Sea oil and its related industries on Shetland. The publishers would like to thank British Petroleum for providing a grant towards the publication of the book.

The authors are RJ Berry, author of Inheritance and Natural History, and Professor of Genetics at University College London, and Laughton Johnston, a Shetland schoolmaster and poet, and, previously, Nature Conservancy Council representative in the islands. In addition there are chapters by Professors D Flinn of Liverpool (geology) and DHN Spence of St Andrews (vegetation), Ian Robertson (Warden of the Fair Isle Bird Observatory), and Dr WJ Syratt, who was resident ecologist for British Petroleum during the building of the Sullom Voe oil terminal.