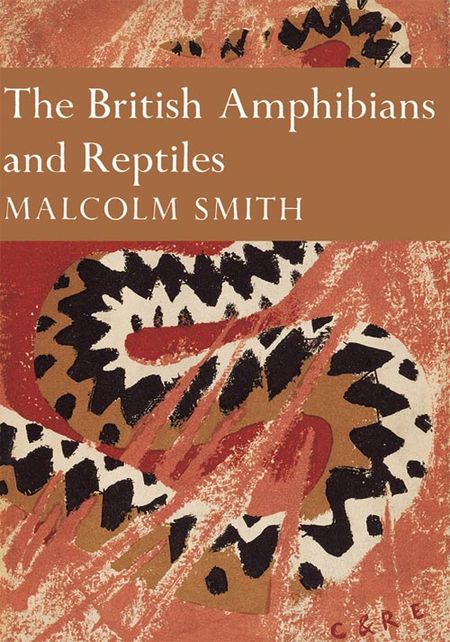 The British Amphibians and Reptiles is the standard work on our islands’ rather neglected newts, frogs, toads, slow-worms, lizards and snakes. This edition is exclusive to newnaturalists.com

This book fills an obvious gap in the literature of British natural history. Many years have passed since a work of any kind has been published on our amphibians and reptiles, and indeed no other book at all has been written that deals with every known aspect of their structure and behaviour.

Dr. Smith has been collecting his material for a third of a lifetime, during which he has become the acknowledged authority on the herpetology, not only of Britain but of Western Europe. His association with the British Museum and his years of expeditions and field observations make him a combination of ecological naturalist and museum man – and surely he is the best kind of naturalist who knows his way about the fields, woods and streams, as well as he knows his way about the intricacies of description, measurement and bibliography.

There are many signs now that the study of our islands’ rather neglected newts, frogs, toads, slow-worms, lizards and snakes is receiving ever-increasing attention among naturalists, both amateur and professional. We believe that this scholarly and interesting book will remain the standard work on the subject for a generation or more.