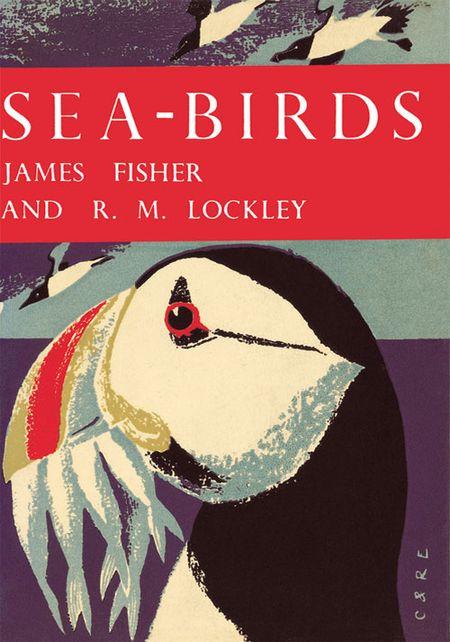 Sea-Birds introduces us to the sea-birds of the North Atlantic, an ocean in which about half the world sea-bird species have been seen at one time or another. This edition is exclusive to newnaturalists.com

Few of the higher animals have successfully invaded the polar regions and the sea; but those that have – the whales, seals and sea-birds – have made a wonderful success of it. There are only about 250 true sea-birds in the world (there are over thirty times as many others); yet among this select 250 are some of the most numerous and well-adapted of living species, ranging from the magnificent albatrosses, with their powers of sail-planing, to the curious diving petrels; from the penguins to the auks; from the cormorants to the gulls and terns.

The arctic tern makes the longest migratory journey of any known bird, travelling 20,000 miles between the two polar regions in the course of a year. Some sea-birds species probably spend the first seven or eight years of their lives without ever touching land; and one, the emperor penguin, never touches land in its life, for it incubates its egg on the Antarctic ice!

This book introduces the reader to the sea-birds of the North Atlantic, an ocean in which about half the world sea-bird species have been seen at one time or another. Sea-birds are generally more cosmopolitan and widespread than most land birds; and it is no surprise to the ornithologist to find that the communities on the American and European sides of the Atlantic are very similar, most of their member-species being common to both.

The authors of this book have spent most of their active lives in research on sea-birds, Lockley specialising in Life-histories, Fisher in distribution and numbers. Each has a long record of exploration of the remotest parts of the Atlantic coast and islands. Their felicitous collaboration brings home for the first time to the general bird-watcher and sea-going naturalist what enormous strides have been recently made in our knowledge of sea-birds. We now know the world population of several species, and can follow with accuracy the changes in the numbers of many.