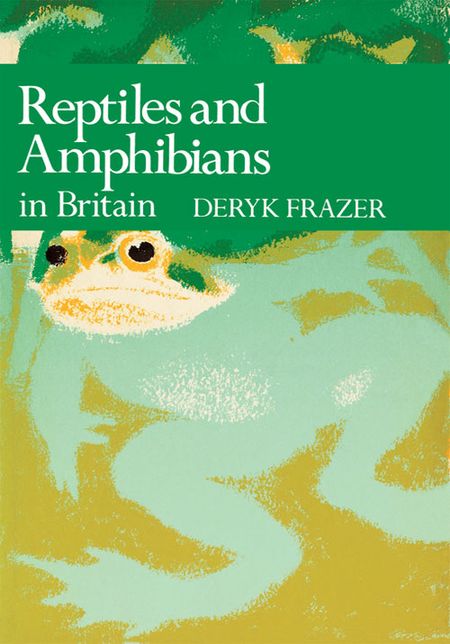 A detailed picture of reptile and amphibian ecology in Britian. This edition is exclusive to newnaturalists.com

Britain has six native amphibian species of which two are on the danger list. The same is true of our six reptiles. Even an animal once familiar to every schoolchild, such as the common frog, is no longer as ubiquitous as most people believe. A greater understanding of reptiles and amphibians can only help to ensure their survival.

For over thirty years the New Naturalists earlier book, British Amphibians and Reptiles by Malcolm Smith, was an unchallenged standard work on the subject; but so many changes affecting these animals have been wrought on the British countryside since the 1950s, and so much new research undertaken, that the time has come for this completely new volume in the series to appear. It has been written by Dr Deryk Frazer, who was responsible with Dr A dA Bellairs for previous revisions of Dr Smith’s book, to which it becomes a worth successor.

Dr Frazer describes all those species of reptiles and amphibians native to Britain and others, once alien to our islands, which have been introduced. He makes use of the latest field discoveries, his own accumulated research and that of many other distinguished herpetologies, to present a detailed picture of reptile and amphibian ecology in Britain.

An introductory first chapter deals with anatomy and physiology of herptiles and their evolution, ending with a brief look at the way in which their ecology may be studied. Succeeding chapters each give details of particular families and their species: frogs and toads, newts, lizards, snakes and chelonians. A final chapter discusses conservation of herptiles in Britain, especially of those species which are in danger. Appendices present a detailed taxonomy, and information on the law relating to these animals, and a bibliography provides reference to all sources quoted in the book.