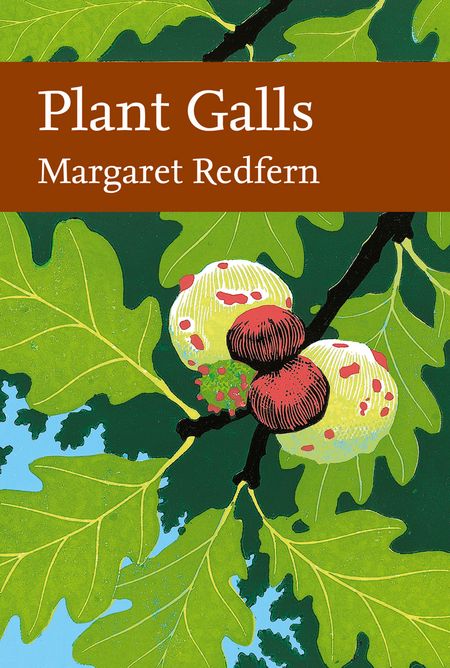 A much-needed new study on plant galls – growths on plants formed of plant tissue that are caused by other organisms.

Most naturalists have come across oak apples, robin’s pincushions, marble galls and witches’ brooms, a few of the more familiar examples of the strange growths that are plant galls. They are beautiful, often bizarre and colourful, and amazingly diverse in structure and in the organisms which cause them. They have been known since ancient times and have attracted superstitions and folk customs. Both the ancient Greeks and the Chinese used them in herbal medicine, and until well into the nineteenth century, they had a variety of commercial uses: important for dyeing cloth, tanning leather and for making ink.

Knowledge of gall types increased during the late nineteenth century and throughout the twentieth century as more species were described and their structure became more clearly understood, and yet even today, little is known about the mechanisms that cause gall formation as well as the life cycles of the organisms that initiate gall growth. Since most galls do not cause any economic damage to crop plants, research funding has traditionally been sparse in this area. However, the insect cycles and gall structures are amazing examples of the complexity of nature.

Margaret Redfern explores these fascinating complexities in this latest New Naturalist volume, providing much-needed insight into the variety of galls of different types caused by a wide range of organisms including fungi, insects and mites. She discusses the ecology of galls more generally and focuses on communities of organisms within galls, the evolution and distribution of galls, as well as human and historical perspectives.