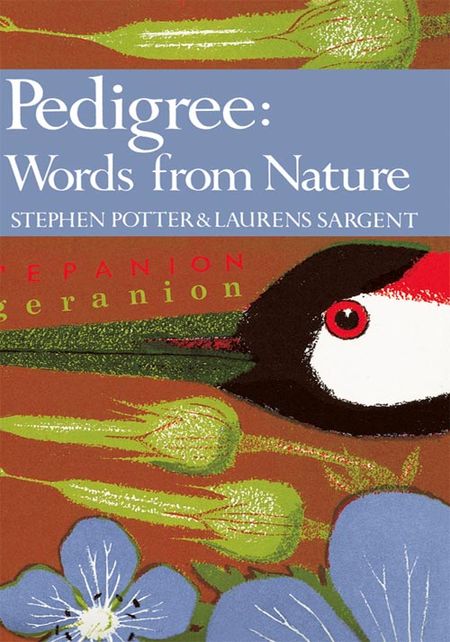 This highly individual volume in the New Naturalist series is about neither plants, animals nor other creatures, but about their names and about words which have their origin in nature. This edition is exclusive to newnaturalists.com

Pedigree traces the origins of speech itself and the evolution of language, particularly English which, based on several dozen different languages, has by far the richest vocabulary of all modern languages.

Conversely, much of our daily vocabulary incorporates words from nature, both obvious – porcupine (see page169) and not so obvious – London cab (see page 243); from the names and characteristics of animals familiar, and legendary; from primitive agriculture, astrology and astronomy, from seafaring and hunting. There are measurements derived from anatomy, diseases from astrology and remedies from plants.

Pedigree itself (page 20) is from pied de grue – a crane’s foot, of which the three wide spread toes suggest a genealogical “tree”; while the crane’s pointed bill is seen in the seed-pods of Geranium species such as our Meadow Cranesbill.