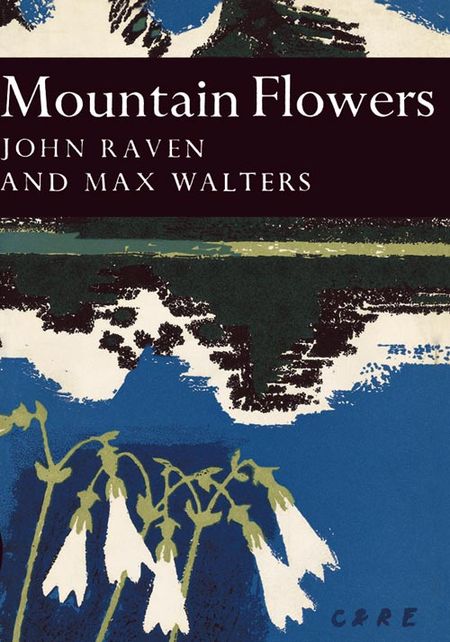 British mountain flowers have a rarity and individual beauty that provide an excitement of a different, and perhaps more “refined”, quality than their Swiss counterparts. This edition is exclusive to newnaturalists.com

This is the first book ever published on the wild flowers of British mountains. Mountain Flowers to most people mean Swiss Alpines. The popularity of the European Alps among British holiday makers has undoubtedly caused the botanical riches of our own less spectacular mountains to be neglected.

Mr. Raven and Dr. Walters have now made up for this neglect in a New Naturalist volume based on their personal experience of flower-hunting in the hills of Scotland, Wales, Ireland and the Lake District – as well as a wide knowledge of the scientific and historical background of our mountain flora.

If British Alpines cannot boast the wonderful sheets of colour that attract thousands every year to Switzerland, the rarity and individual beauty of many of the species provide an excitement of a different quality. Recent events have added a new edge to this excitement. During the last few years no less than five species hitherto unknown in Britain, or long thought extinct, have been found in Scotland, and the stories of their discovery are fully told by the authors.

The collaboration of John Raven and Max Walters epitomises the present healthy state of British field botany, in which team work between amateur and professional investigators is producing increasingly valuable results. Max Walters, joint author with the Botanical Editor of the New Naturalist volume Wild Flowers is curator of the University Herbarium at Cambridge and Director of the recently launched scheme, in which many amateurs throughout the country are taking part, for mapping the detailed distribution of the whole British flora. John Raven also works at Cambridge; he is a Fellow of King’s College and is an authority on Greek philosophy. For many years he and his father, Canon C. E. Raven, have studied and painted British plants, and are now among our leading amateur authorities.