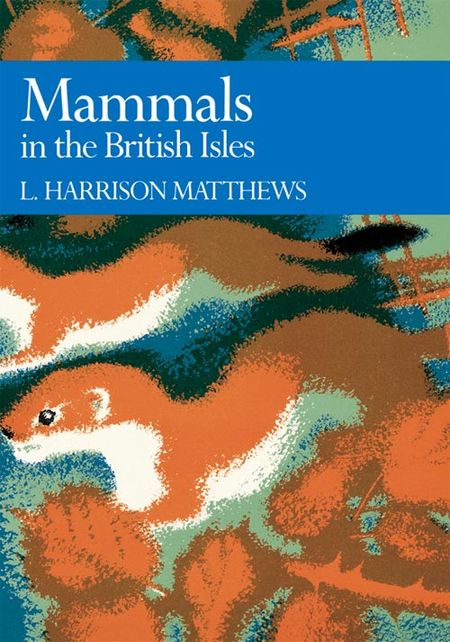 Mammals in the British Isles looks at the influences on their numbers and distribution, both now and in the past, examines aspects of their biology with emphasis on function and physiology, and concludes with an account of relationships with man. This edition is exclusive to newnaturalists.com

This new book by Dr Harrison Matthews will be warmly welcomed by all those for whom his British Mammals, in this series, was a standard work for nearly 30 years. In recent years our understanding of the British species has expanded greatly. This new volume offers a synthesis of modern knowledge derived from living animals studied in the field and covering all facets of mammalian life in the British Isles. It will be as important to a new generation of naturalists as the previous book was to an older one.

The book is full of fascinating detail – of the shrews which scream in defence of territory to avoid fighting; of young rats that play to learn while adult otters play for fun; of vole ‘plague’ populations which crash as a result of stress; of monogamy and parental care of the dog fox – but it also paints a broader picture of interdependence, conservation and the part played by man.

As much a part of nature as any other member of the fauna, it is man who has created the character of the environment – by clearing, draining, building and developing agriculture – and made available the wide variety of habitats occupied by indigenous, introduced and feral populations.

Dr Harrison Matthews gives a general account of British mammals and the things influencing their numbers and distribution both now and in the past, examines aspects of their biology with emphasis on function and physiology, and concludes with an account of relationships with man and the measures he has taken for their control and conservation.