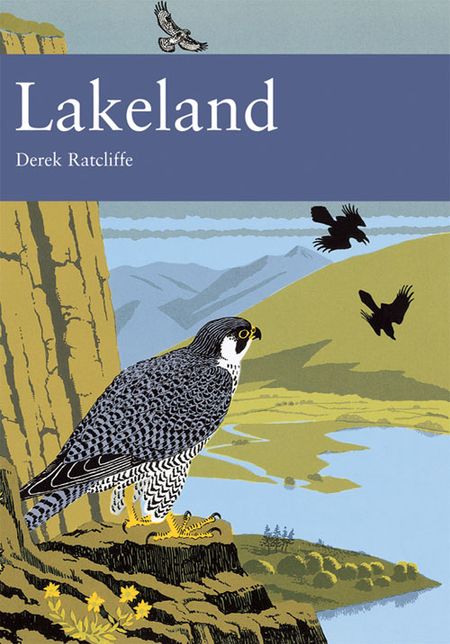 Cumbria, or the habitat of Cumberland, Westmorland and Lancashire North of the Sands, is the Lakeland area treated by author Derek Ratcliffe. This edition is produced from an original copy by William Collins.

The region of the Lake District has modest hills compared to the great mountain ranges of continental Europe. Yet they remain for many naturalists the best and most alluring part of Lakeland, with the most glamorous fauna, and a flora fascinating in the story of the past that it tells.

New Naturalist Lakeland aims to tell the story of the whole region from the perspective of its natural history, and from the personal viewpoint of the author. There is an emphasis on the northern half of the region where the author grew up, but this counterbalances the previous New Naturalist Lake District, whose authors were better acquainted with the southern half.

Through the 12 chapters in the book, Derek Ratcliffe describes the Lakeland climate and geology, key naturalist figures and societies, the nature of the estuaries, coastline and lowlands, the limestone foothills, Lake dales and fells, the Pennines and the Borders. He considers the conservation problems and measures taken, and includes information on organisations such as the National Park Authority, National Trust and Non-Governmental Organisations and on protected areas of various kinds, before assessing the future environmental prospects for the region.