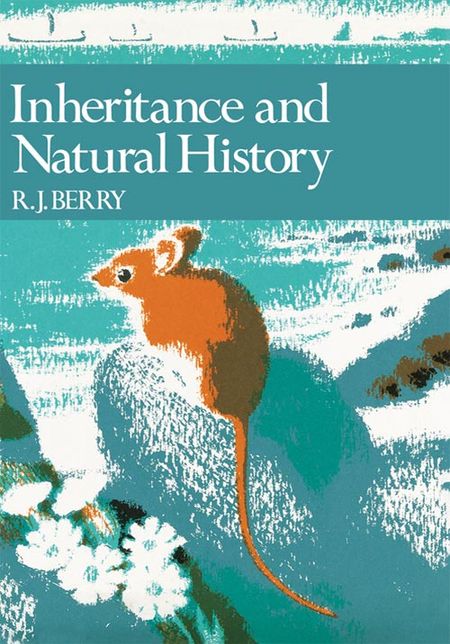 Ever wondered why primroses have three sorts of flowers; or about pesticide resistance in rats and mice, mosquitoes and green-fly; antibiotic resistance in disease organisms – all are examples of genetical adjustment, explained in this book. This edition is exclusive to newnaturalists.com

This absorbing book is about genetics as it applies to the world around us. Its main aim is to show the ways in which inherited variation can help to explain the properties of natural populations: the differences between individuals, the extent and mechanism for transmitting characteristics from one generation to another, and the factors which control the frequency of a trait in a local group. It is thus of interest not only to naturalists but also to farmers and gardeners – indeed it is highly relevant to each one of us in the context of modern social planning.

Professor Berry’s explanations, combining laboratory techniques for the biochemical study of changes in cells, an understanding of modern genetics, and field observations by himself and others, are addressed not just to the earnest student but to all those who wonder why people or organisms differ – why snails are striped; why mice have longer tails in Scotland than in England; why primroses have three sorts of flowers; or about melanic forms of moths, spiders and ladybirds in industrial areas; pesticide resistance in rats and mice, mosquitoes and green-fly; antibiotic resistance in disease organisms – all examples of genetical adjustment.

Professor Berry divides his working life between the Royal Free Hospital School of Medicine in Bloomsbury where he is Professor of Genetics in the University of London, and research on a wide variety of islands – Skokholm in Wales, members of the Faroe, Shetland, Orkney and Hebrides groups, and as far away as Hawaii and Enewetak Atoll in the Pacific and Macquarie Island in the Sub-Antarctic – studying genetical pressures on island populations.

Illustrated with 110 drawings, 12 colour and 19 black and white photographs.