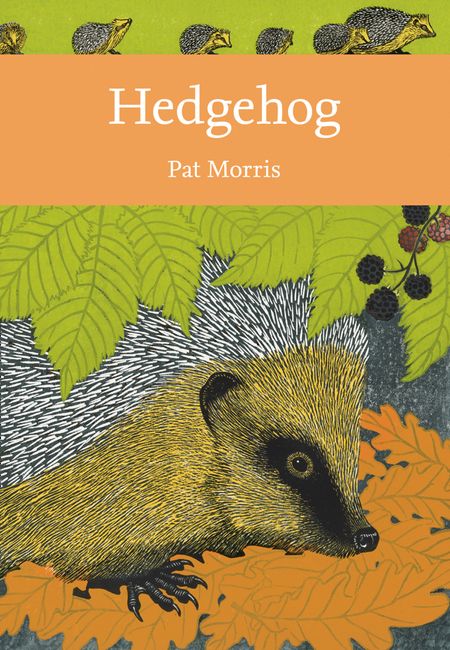 The hedgehog is regularly voted Britain’s favourite mammal, and yet we know surprisingly little about the life of this spiny mammal. Pat Morris provides an all-encompassing new study of the hedgehog and its habitat, shedding new light on conservation efforts crucial to the survival of this charming creature of our countryside.

Hedgehogs have had a long association with humans, extending back to Ancient Egypt and beyond. At times they have been viewed unfavourably, but for most people the hedgehog is an engaging and interesting animal. In recent years it has ousted the badger, dolphin and red squirrel from heading the list of the most popular British mammals. Strong public support makes it an ideal flagship species for encouraging public acceptance of nature conservation principles, particularly in the urban environment. The hedgehog is a valuable bioindicator species, attesting to the viability of ecosystems. Their presence is indicative of sustainable populations of important invertebrates, especially earthworms and the many insects whose larvae and adults perform vital ecological functions.

In a worrying development, the hedgehog’s plight appears to be worsening, with a new survey revealing a further decline in garden sightings. Their long-term but poorly understood decline is attributed to the loss and fragmentation of their habitat in Britain’s towns and countryside, death on roads, and intensive farmland that provides few good foraging or nesting sites. In this timely addition to the New Naturalist Library, Pat Morris provides a comprehensive natural history of this most elusive of mammals.

Much of what we think we know about the hedgehog is based on only a small number of studies, most of them not repeated or corroborated. With the hedgehog gaining hugely in public prominence, however, support from key charities has enabled a significant enhancement in research activity and professionalism that thankfully continues to illuminate the life of this very special prickly animal.