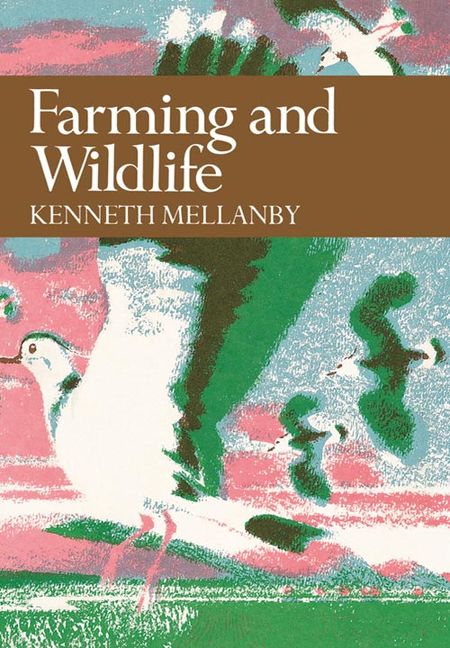 Farming and Wildlife argues forcefully that wild species are, in fact, beneficial to the land as a whole: without them its productivity will fall and farming will inevitably suffer. This edition is exclusive to newnaturalists.com

Farming and wildlife affect each other in many, often subtle, ways. Yet most recent developments in farming have been harmful to wild plants and animals. As the land is made to yield more, so rare species become rarer or extinct, and even common ones are now absent from large areas of the country. This timely and provocative book argues forcefully that wild species are, in fact, beneficial to the land as a whole: without them its productivity will fall and farming will inevitably suffer.

The main changes in farming practice and their environmental effects are dealt with systematically. Successive chapters discuss arable cropping, grassland management, animal husbandry, hedgerow removal, land drainage and the use of pesticides. Considered also are the care of the soil and its inhabitants – important and often overlooked forms of wildlife – possible damage to livestock by diseases of wild animals, and the effects of hunting and shooting. Professor Mellanby writes throughout with an understanding of the problems of both farmers and conservationists. This is a most persuasive account of why they should now work together to preserve the countryside’s fauna and flora.

Professor Kenneth Mellanby is the author of the highly acclaimed New Naturalist volume Pesticides and Pollution. He is the Founder-Director of the Monks Wood Experimental Station, which was the main research station of the Nature Conservancy, Chairman of the Watch Trust, President of the Cambridgeshire branch of the Ramblers Association, and has for many years been closely involved in all aspects of farming and conservation.