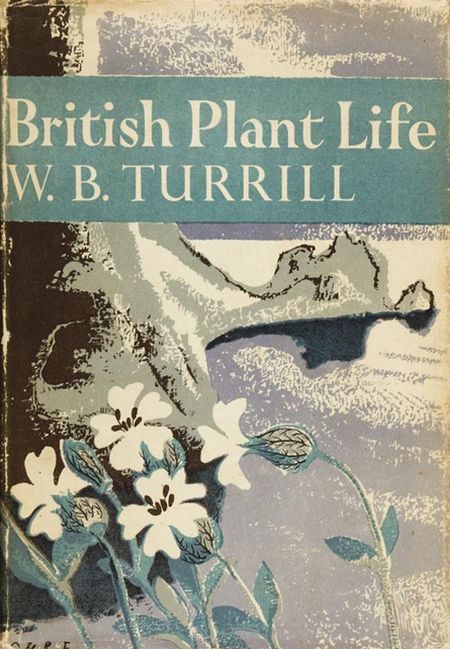 In British Plant Life emphasis is placed on the gaps and uncertainties in our knowledge and it is suggested how readers with a flair for accurate observation and simple experiment can help towards completing the story. This edition is exclusive to newnaturalists.com

There has been a great increase in knowledge of the composition, structure, and history of our flora in recent years. Dr. Turrill, Keeper of the Herbarium at the Royal Botanic Gardens, Kew, has contributed as much as any other botanist to this increase and has laid special emphasis on the integration of the older methods of classification with the more recent techniques of ecological and genetical research. The resulting story, though not yet complete, is as exciting as a first-class detective novel.

In the present volume emphasis is placed on the gaps and uncertainties in our knowledge and it is suggested how readers with a flair for accurate observation and simple experiment can help towards completing the story.

In the broad sense, the British flora can be regarded as an offshoot of that of the European continent. The influence of geographical position and geographical history has, however, resulted in distinct peculiarities, and, above all, there have been the modifications produced by the last great Ice Age. How much was destroyed and how much survived this catastrophe is discussed by Dr. Turrill. The various routes of migration are traced as far as possible and the changes in climate and the advent of man are shown to have led to profound alterations in the flora.

The plants illustrated in the plates are those of special scientific interest on account of their origin, distribution or behaviour. They include rarities depicted for the first time in their natural habitats by coloured photography.