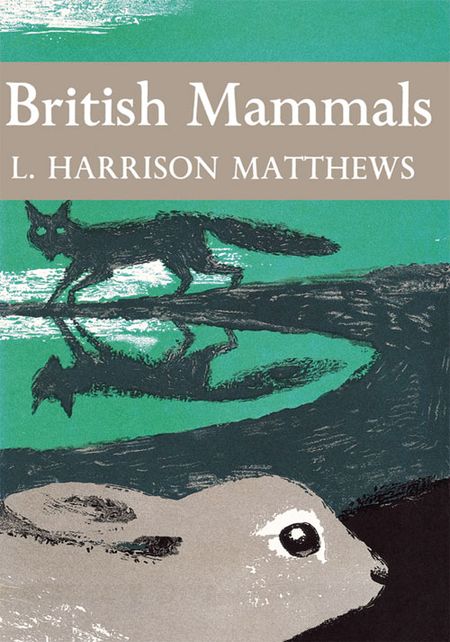 The ordinary amateur naturalist is bound to be astonished at the remarkable discoveries about the distribution, life history and habits of British mammals collected here. This edition is exclusive to newnaturalists.com

The study of our mammals during the present century has been wide and intensive. On the whole it has been conducted by workers who are general naturalists, ecologists, anatomists, physiologists – but not purely mammalogists. Dr. Matthews himself is a general naturalist of wide experience and distinction, but here he has done what British natural history has wanted for half a century – he has written a synthesis of our knowledge of mammals which treats them as mammals.

And what an exciting synthesis it is! The ordinary amateur naturalist is bound to be astonished at the remarkable discoveries about the distribution, life history and habits of our British mammals that Dr. Matthews has collected in his book. These advances are shown, perhaps, most clearly in the case of the bats. There has been a revolution in our knowledge of the breeding cycle of these interesting creatures, with its curious problems of delayed fertilisation and delayed implantation; and the discovery of the method by which bats navigate in the dark by means of echo-sounding, here given its most lucid exposition in an English publication, is quite remarkable.

Undoubtedly, this book will stimulate a revival of British mammalogy. The subject, which has had up to now a largely hidden following, has been handicapped by the lack of a periodical devoted to mammals, and by the lack of any recent synthetical book. For instance, the only important systematic treatise on the British mammals of the present century was left unfinished nearly thirty years ago.