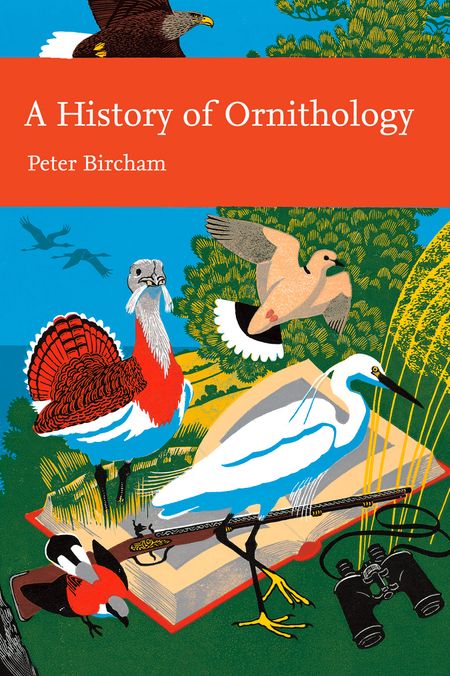 What did we know about birds a thousand years ago, and how has our understanding developed? ‘A History of Ornithology’ offers a complete history of birdwatching in Britain, a classic for every nature lover’s bookshelf. This edition is produced from an original copy by William Collins.

Today there is a huge interest in birdwatching as a hobby, and over the years amateur birdwatchers have contributed enormously to our understanding of the birds around us. At the same time, ornithology has developed as a science – in the field, in the laboratory, and in the universities – and birds have played their part in pushing forward the frontiers of biological knowledge.

Peter Bircham looks at the history of British ornithology, spanning a millennium and exploring along the way the first bird book, the earliest British lists, various notable scientists, collectors and artists, the first studies of migration, and the challenges presented by classification. He traces the development of the British Ornithologists’ Union and other organisations, and finishes with a review of the current state of ornithology in Britain.

‘A History of Ornithology’ is an authoritative and engrossing account, packed full of fascinating stories – not only about the birds but also about the many colourful characters who have studied them through the ages. This beautifully illustrated book will hold great appeal both for the student of ornithology and for the enthusiastic amateur naturalist.